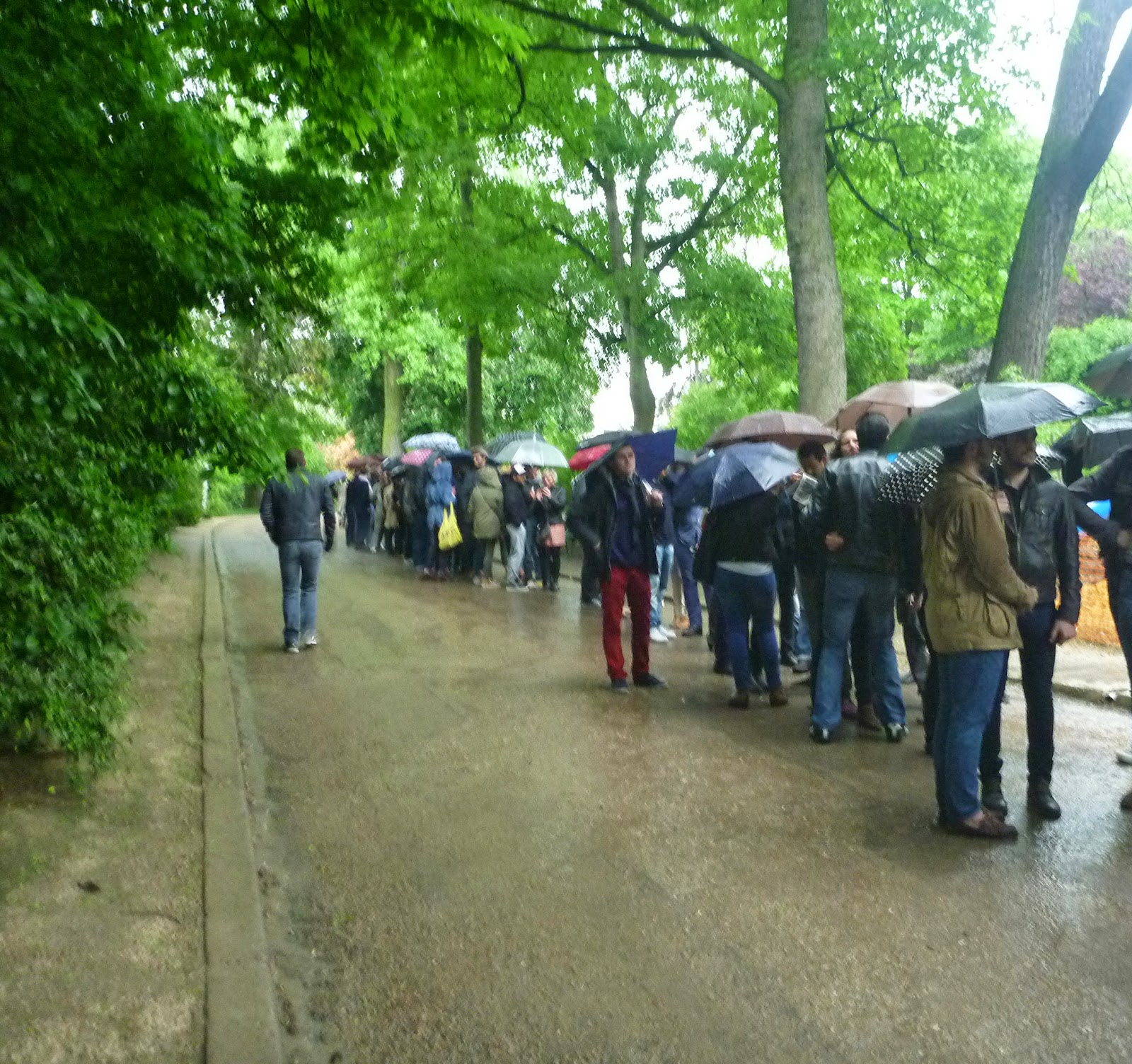 Bucolic delights reign at Rosa Bonheur, a bar set in a former guinguette in the heart of Parc des Buttes Chaumont. Its name loosely translates as ‘pink happiness’ but refers in particular to 19th-century French painter and sculptor ‘Rosa Bonheur’, famous for her depictions of animals and her role in the early feminist movement (alongside George Sand and Sarah Bernhardt).

Sunday evenings are packed.  A group of us were there last May, enjoyed the music and the party.  As we left in a driving rainstorm, the serious night party crowd was just arriving.  The people in the queue did not seem the least daunted by the line or the rain.  C'est Paris!

It looks like such an orderly queue Genie! Nice to see patience and order even in the inclement weather.

Weather seems to have zero effect on Parisians enjoyment of the outdoors! Give me an umbrella and I will join them!!

oh i remember that day, the park, the bar and the unending rain ....

Just at the start we really thought this was a post on the painter and wondered quite how the picture related. Now all is clear. And what a fun place this sounds to be and we are certain that you must have had a really enjoyable time there last May.

Bet you were glad you beat that crowd!

Must be a great spot to merit that line on a rainy day! Sounds like I should put that one on my Back to Paris list!

For a line like that, it must be worth getting in!

These are serious party goers. I am just the opposite. I wouldn't stand outside a bar in the rain if I were the next person in line.