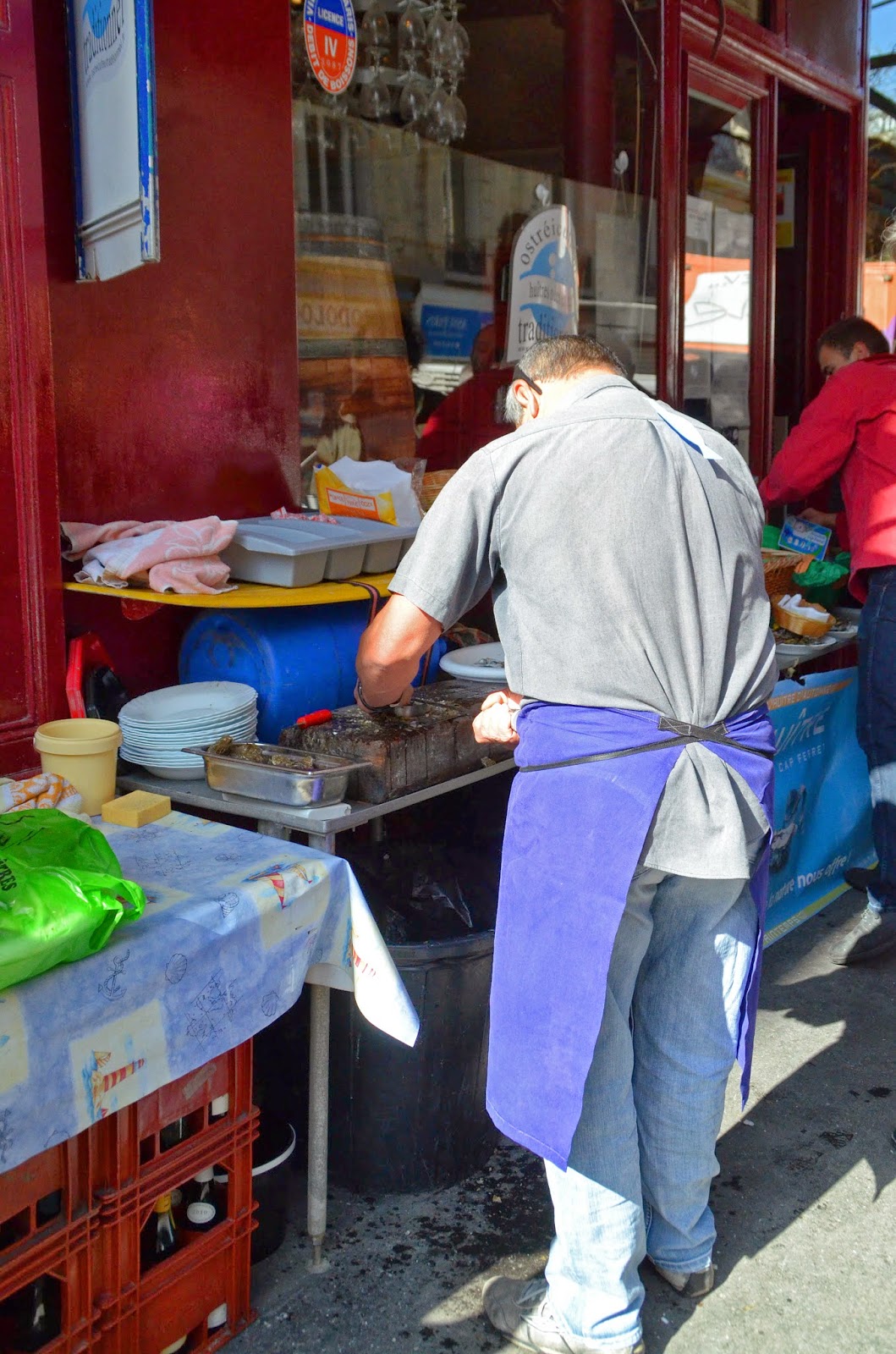 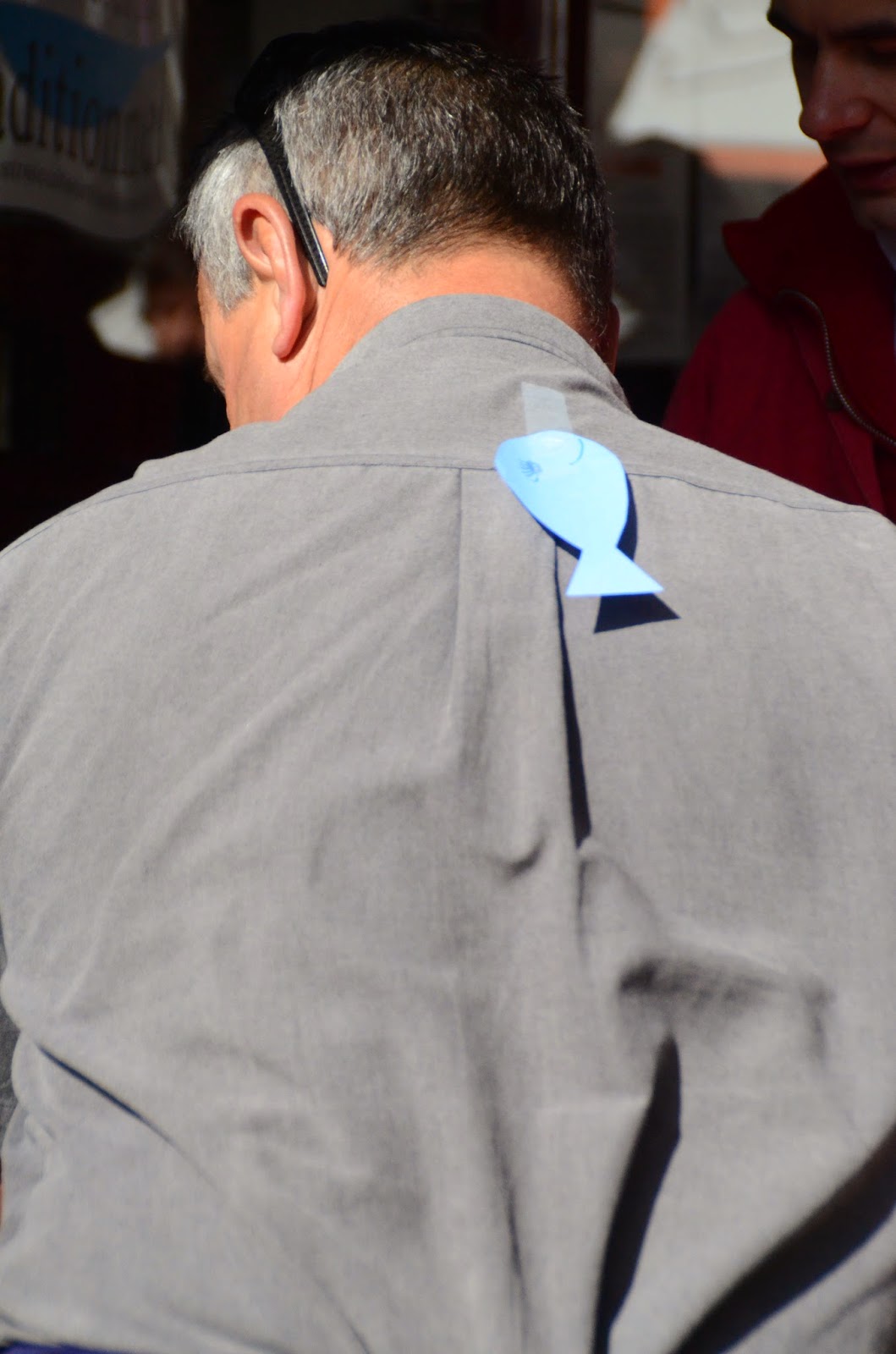 Do you know what tomorrow is?

In the United States it is April Fools Day and we play pranks like, "Look out!  There's a spider on your shoulder!"

The tradition in France includes poisson d'avril, attempting to attach a paper fish to the victim's back without being noticed.  There is an interesting history of this holiday of foolishness, and it originated in France in the 16th century.  You can read about it here.

Today in France, people who are fooled on April 1 are called poisson d'avril, which literally means the "April Fish," because a young naive fish is easily caught.

So, are you going to play a little prank tomorrow?
Le Baron Rouge, wine bar
1, rue Théophile Roussel
75012, Paris
Posted by Genie -- Paris and Beyond at 12:01 AM

We are not terribly good at or receiving practical jokes....they tend to either reduce us to tears or quivering heaps. The French version sounds something which we could cope with....provided the fish is not real!

Happy April to you!

The tradition is slowly getting lost ; Except in newspaper and tv, where we try to find what fake news they created!

What a great tradition! I like that it looks to be a little hand drawn fish.

That is the first time I've heard of that tradition!

What a fun tradition! It seems a little more tame than some of the April Fool shenanigans that go on elsewhere.

Had this done to me the first year I was in Paris (and had no idea what it meant!); after that, I was on my guard. This is a great capture, Genie --

What a fun (and odd) tradition! Love the photo.

Thanks for reminding me of this fun tradition. Great picture too. That means you must have been there on April 1 one year. Lucky you.
Thanks so much for your support on my novel. I hope you enjoy it. Here’s my Dreaming of France meme

Oh, I forgot about this from our time living in Belgium! I will have to prepare some fish for my kids tomorrow morning! :)

I wish I did but I am not that creative.

A paper fish or a child-centered joke is about my limit for pranks. I do remember my mother serving breakfast on April Fools Day with a slice of toasted pound cake, topped with whipped cream and a face-down peach half... It looked like a fried egg on a slice of toast!

I am thinking about my poisson d'avril for tomorrow and wondering how long my husband will wear it before noticing. I have great difficulty in holding back my laughter and usually give it away.

Enjoy your first day in a new month, a fresh start!